Ghiyas-ud-din Tughluq was the founder of the Tughluq dynasty, the third of the five dynasties, the combination of which went on to be called the Delhi Sultanate. Though of a humble origin, he rose in ranks and was appointed Governor of the Punjab by the Khilji Sultan Ala-ud-din Khilji.

After successfully bringing the inglorious reign of Khusrau Khan to an end, Ghiyas-ud-din Tughluq (called Ghazi Malik before his ascension to the throne of Delhi Sultanate) brought a semblance of liberalization to the administration which was severe in the times of his predecessors, especially Ala-ud-din Khilji. The mismanagement of the state affairs under Mubarak Khilji and Khusrav had resulted in a situation where financial condition of the Sultanate was in a mess. Ghiyas-ud-din tried his honest best to retrieve the situation. 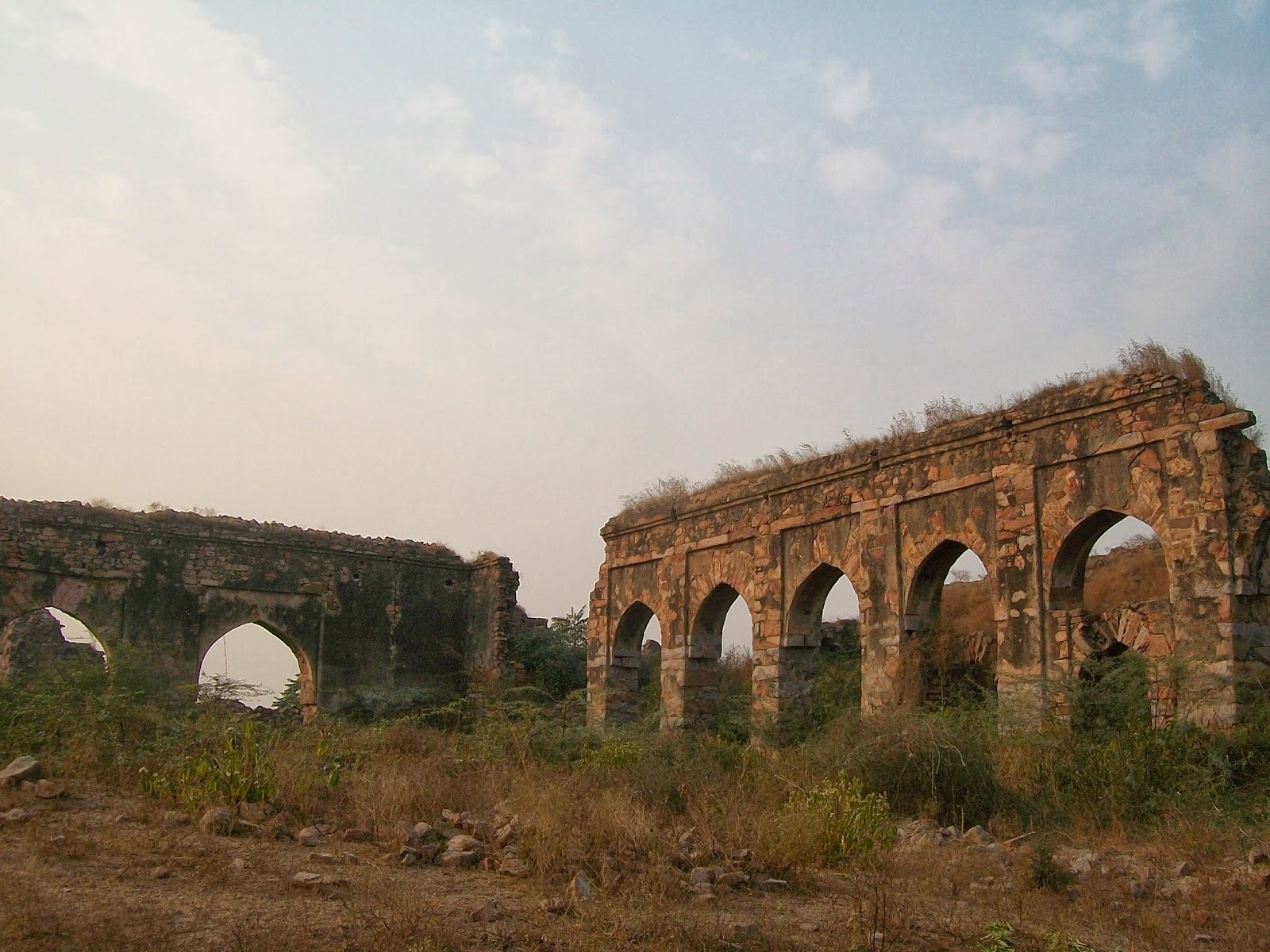 Tughlaqabad, located on the Mehrauli-Badarpur Road. He has been hailed by the contemporary historians as a wise statesman and able administrator.  Amir Khusrav, his poet laureate, describes him in glowing terms:

"He never did anything that was not replete with wisdom and sense.
He might be said to wear a hundred doctors' hoods under his crown.”

Ghiyas-ud-din died in 1325 from the collapse of the pavilion which was constructed by his son Juna Khan. He was buried in the tomb which he had built for himself at Tughlaqabad.

Ghiyas-ud-din Tughluq was succeeded by Juna Khan who assumed the title of Muhammad bin Tughlaq whose reign marked the highest point of territorial expansion of the Delhi Sultanate.

Deepak
This is a blog about Indian history. It is edited by me, Deepak Singh, and features information, articles, news and links to interesting history related items from India.

Some of the images used on this site have been uploaded from the internet. Their copyrights lie with the respective owners.

If the owner of any copy-righted image does not want their images to be used on the site, they may contact us at indeepak@gmail.com We will remove the relevant image immediately.